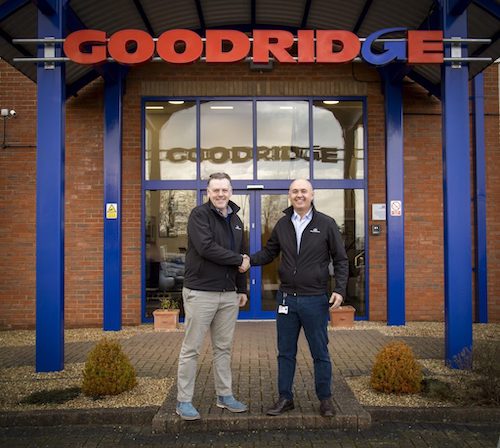 Wayne brings over 20 years of experience within the Motorsport and Performance aftermarket sector, along with 10 years of race experience as a co-driver.

With a proven track record of enhancing business growth, operational efficiency and profitability; Wayne has enjoyed international success in both Europe and the US motorsport and performance markets.

Reporting to Goodridge’s Global Head of Performance and Motorsport, Damiano Lo Giudice, Wayne will take up his position in Exeter, UK, the headquarters of the Goodridge Group, which includes eleven facilities spread across Europe, North America and Asia. Wayne will also work closely alongside Goodridge Group CEO, Charles Bolton.

‘We are very excited to have Wayne join our Performance and Motorsport business, we look forward to the ongoing success and growth of our UK market under his expertise’

‘I am thrilled and humbled to join a global brand leader and well respected partner to the UK performance and motorsport sector; I am looking forward to building on Goodridge’s historical success’

For a high resolution image or more information, please contact: